The beginning of the new year brings many to do items to get ready for the summer garden. 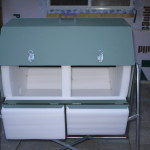 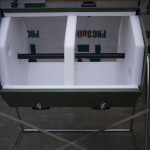 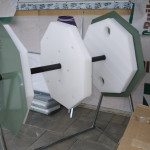 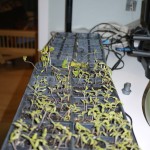 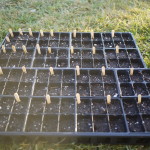 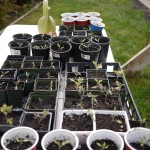 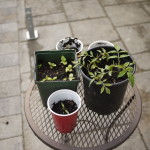 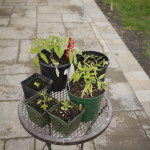 First, the seedlings must be started, placed on heat mats, given adequate wind and air. Once they are large enough, the little plants need to be separated from one another and potted up into bigger containers for their outdoor growth prior to transplanting.  Despite how busy I’ve been, I’ve made time for all of these things, and as of today, I’ve got the following babies ready for transplanting (and gifting):

Basil — variety pack of seeds resulted in a dozen or so random basil seedlings.  None of the thai basil survived, but it looks like I’ve got a nice genovese basil, lemon basil, and a wrinkly basil option.

Red Okra — only one plant survived. The Okra sprout much earlier than the tomatoes (as do cucumbers). I need to remember to keep them in their own seed tray so that I can bring them outside before the tomatoes have sprouted. By keeping their tray inside to protect the tomatoes, I deprived them of wind and when they finally went outside, the shock of the great outdoors killed all of the cucumbers and okra except this one survivor. Oh well.

And, finally, after years of somewhat successful open composting in pits and use of plastic enclosed compost bin. I splurged on a Jorakompost rotating compost bin. I had to build it from its parts, which turned out to be a fairly decent strength workout — the panels are all press-fit against the insulation, and you have to hold them in place while fitting the screws and screwing them in.

I loaded the bin with the almost fully processed compost from our open pits, and I’ll be turning it over the next month to get it ready for amending the beds prior to transplant.  The next month or two has lots of garden work to ensure that the garden is in the ground and ready to make the most of the Summer Sun.  I’m excited!